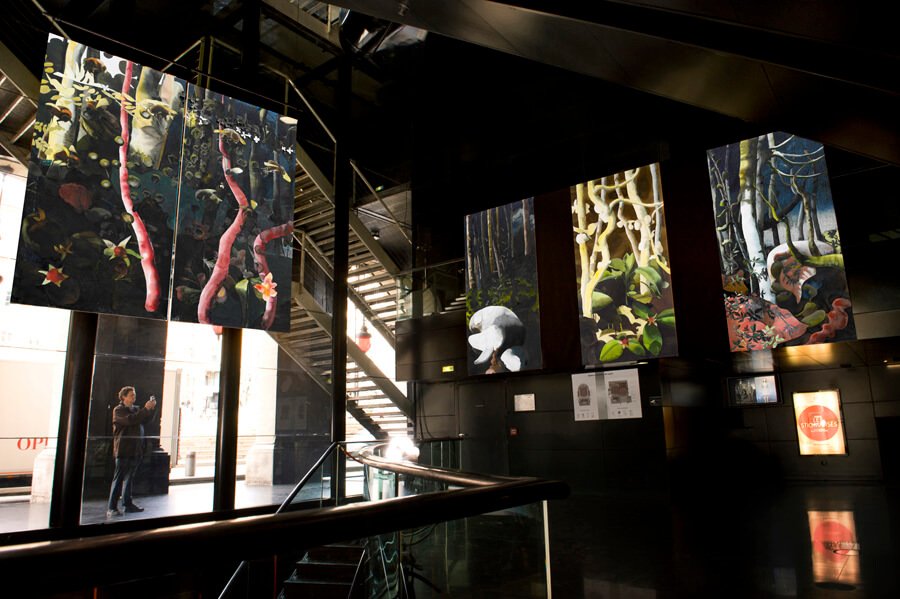 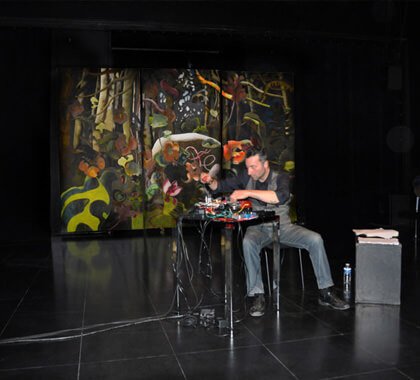 Creation, together with the exploration of elementary building blocks and emergent forms of organic complexity, have often been deep themes in Jane Le Besque’s work. As the exquisite models and constructs of theoretical physics are laid bare in the language of abstract spaces and higher dimensions, ready for the steel and concrete of experiment to test, so are her explanations and depictions of birth, growth, evolution and inevitable decay formed, framed, hung and scrutinised. In this pocket of universe where visible matter and energy is only 5% of what we know must be present (as far as we can know something), her latest collection Moveable Garden extends somehow well beyond the visible end of the electromagnetic spectrum; but also below, or rather beneath it, into the dark matter core which surrounds us. The works individually already possess a fractal dimension, are already intrinsically more than two dimensional. But for the viewer drawn in by their dark pull, they also possess more than the conventional metrics of depth, width and height. If we could, impossibly, attain a high enough clarity of vision, then other tightly curled and furled extra hidden dimensions would appear, folded into the interstices between the layers, within the rendering and particles of pigmentation.

The broken symmetries of the diptych and triptych groupings contained in the 20 panels recall the pairings and trios of Standard Model particles, neutrinos, leptons, quarks, which morph and slide into one another when crossing space, or when crossing time, for reasons which can be described but not explained. The works in this installation together form a contextual unity with subtle interchangeability, and one suspects that even when eventually separated, the individual painting will feel a physical force from each other, generated by the hidden exchange of their shared messages, drawing them together again exactly as forces between objects in the subatomic world are made physical by the exchange of virtual messenger bosons.

Eventually, possibly, when our physics and mathematics breaks through the barriers of thought and imagination which define today’s limits, another layer of reality will have to be painted and pasted together, another layer of detail added to the collage. Much as in Moveable Garden, organic forms of tubes and strings may replace abstract energy points, and membranes and manifolds replace the flat or gently curving spacetime substrate. The darkness and interchangeable energy/matter of creation and complexity will then find another landscape for expression, a landscape which already has its echos in Le Besque’s work.