“Vibrations” links paintings, AI and music. It explores the lines between scientific and artistic expression as part of the Sempervivum Rickshaw collaboration. Vibrations uses Deep Learning techniques from Artificial Intelligence to generate video from the harmonics and tonal variations in specially composed music, itself generated algorithmically.

A collaborative project with :

Please visit our OpenSea page by clicking on the link :

and visit other pages below :

Physics has formally been my trade since 1984 when my undergraduate days began. But curiosity about how the world works deeper, underneath the surface, dates back to my early memories: of blocks cut from clay drying in the sun, of a spinning marble tracing an arc across a wooden floor, of water flowing in a muddy channel, of waves rising and breaking onto a graded pebble shore. Learning to formulate and describe the models of the world in mathematical terms extended my vocabulary to include a common language, spoken by all nationalities working at CERN on the huge colliders to probe the smallest scale of matter//energy.

Physics tries to provide models of the universe we live in, to describe how it works. The models are expressed in the language of mathematics, rooted in observation with scientific instruments like microscopes, telescopes, particle accelerators built to extend our senses. A model which makes predictions which agree with what we see is considered to be a true description of our universe. And these models can be projected backwards in time to the beginning, the alpha singularity, or forwards to the end, the omega.

But as conscious entities with feelings and emotions central to our being, what do we actually see and believe: what do we feel in our bones is a true description of the universe? To construct a coherent model of truth we have to integrate observation and emotion, but here mathematics is mute. Other lexicons are needed to express the rhythms and patterns which resonate with our being, new representations of reality which move us sideways into dimensions of perception where new truths about the natural world containing our selves can be accessed.

This extension of our senses is brought about by painters like Jane, by the musicians and the poets. Science and art are both part of our need to understand. They connect and express our experiences and allow us to describe them for others, and for ourselves.

Physics, mathematics and art are all fundamentally concerned with space and dimensions. Painting and sculpture change dimension, compacting four-dimensional Minkowski space-time into a lower dimensional space. Film keeps two spatial dimensions and one time dimension. Theatre explores all four. Supersymmetry and string theory exist in 11 dimensions, gravity leaking into the 7 that we cannot, as yet, perceive. In computational Artificial Intelligence, complex forms can be reduced to a number of latent dimensions, into a space which has hundreds or thousands of different directions to explore.

A two-dimensional painting is the most compact representation our perception allows, a projection of three-dimensional solids, frozen in a moment of four-dimensional space-time. Jane’s paintings are a representation of growing, evolving, living organisms, physical expressions of instructions carried in their DNA code, connected in an unbroken chain back to the first replicators to appear on Earth at least 3.7 billions years ago. Through small variations in the DNA code, in expression and in the selection afforded by the environment, evolution has produced the astounding diversity and richness of species we see today. Or rather, that we saw before humans invaded, cut down, polluted and destroyed much of the natural ecosystem.

My interest, my contribution to the Sempervium Rickshaw, is in the exploration of Jane’s art with the computational methods of AI, using generative techniques to search for what I find meaningful in other dimensions.

Evolution is at the core of my AI exploration of the Sempervivum corpus. Two Artificial Neural Networks compete against each other, one trying to generate artificial images like the real digital versions of the.paintings, the other trying to tell artificial from real. Both networks, the Actor and the Critic, are initially in a primitive state, starting from noise, neither of them at all able to discern or produce anything other than primitive colourless shapes. But over many generations of life, they evolve in their abilities, incorporating the good mutations into their code and discarding the poor ones. Balanced against one another, intertwined, both become better at their tasks. If the Actor produces a better artificial image, the Critic has to improve to be able to distinguish it from the real one. If the Critic gets too strong and always spots the artificial images, the Actor has to improve to fool it. This digital evolution is blind, a relatively simple algorithm doing the same thing again and again and again. From this emerges complexity, as it emerged from the simplest replicators billions of years ago. Over tens of thousands, hundreds of thousands of generations, both programmes get better in lock-step, a computational equivalent to the cheetah and the gazelle on the African Savannah, over the generations the one getting better at hunting, the other at escaping.

Run on specialised computers in the Cloud, the digital evolutionary process is a million times faster than biological life’s typical one generation per year. At this breakneck speed, the evolution of life on Earth could be compressed into 4,000 years, about the same length of time as recorded human cultural evolution. The digital end products, after several weeks of evolution with a generation every 30 seconds, are precious blocks of computer code, the trained Neural Networks, each containing about a Gigabyte of information. For the Rickshaw, the important Network is the Actor. It can produce its own versions of Jane’s paintings, each one derived from a unique encoding in the internal 512-dimensional latent space of the model. It is trained, evolved, to produce an image every time it is supplied with a new 512-digit number. This encoding is like a unique DNA code, a coordinate in the space of possible digital Sempervivum, much as the DNA of a real Sempervivum plant is a coordinate in the much larger space of all possible Sempervivum species, a subset of the space of all possible organisms, past, present and future.

In addition to its evolutionary origin and parallels, what excites me about the digital space is that, once it’s created, it can be decoded. We can explore it, search for beauty within it. By supplying a new coordinate to the model, we can generate a new image, one that has never existed before. If we can locate the precious coordinates of two images similar to painted Sempervivums, we can make a mathematical line between them in 512 dimensions, and move along it, decoding images of paintings of plants which are digital hybrids of the parents. We can move to regions of the space far from any of the encoded images to create truly bizarre images: formless proto-flowers, abstract monsters, complex gestalt amalgams. We can move the coordinates around in response to the frequencies in a piece of music or to human voices, moving through the space on a trajectory determined by a composer and performer. We can add a time dimension to turn these trajectories into films, three-dimensional traversals of image space.

With the digital space available, it is also possible to evolve our own personal Sempervivum by breeding a new generation and selecting an offspring with the most pleasing characteristics to serve as the next parent. This recalls Mendel, laboriously crossing and growing pea plants in the search for understanding the hereditary process, farmers adapting DNA over thousands of years, rose-growers trying to perfect a new bloom. Except that, instead of a year, we only need to wait seconds seconds for a new generation. We can speed up directed evolution, push the images of the plants into new shapes and colours guided by our whim.

And fundamentally, in exploring the digital dimensions and extending the concepts of space, we explore our own inner spaces. We see under our fingertips how evolution is so simple in its rules and so complex in its results. We see how difficult and rare is beauty, how elusive, examine its ingredients of randomness, order, broken symmetry and harmony. We question whether a computer can ever truly create art ab nihilo. We frame profound questions about personal preference and selection, and the need for the awareness of our internal biases which condition our choices. We can appreciate the continuous chain of ancestors linking every living thing today with the first replicators, each one successful in its quest to reproduce. We wonder at the process by which our conscious self has come to be in this place, right here, in this moment, right now. Above all, we feel the fragility of life, its continual struggle to best fit the environment, its transience. The tragedy of every extinction. 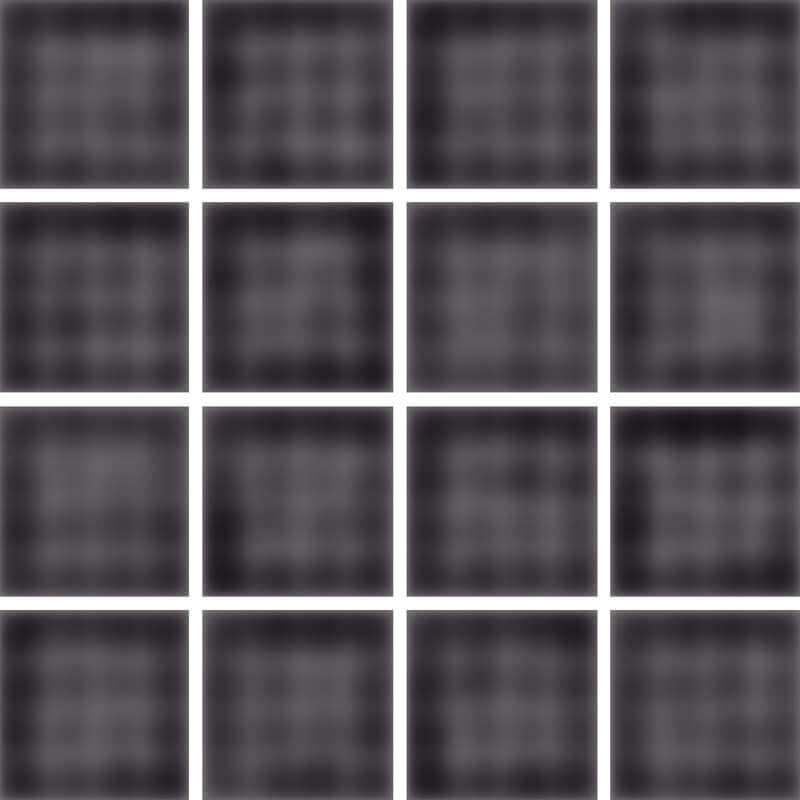 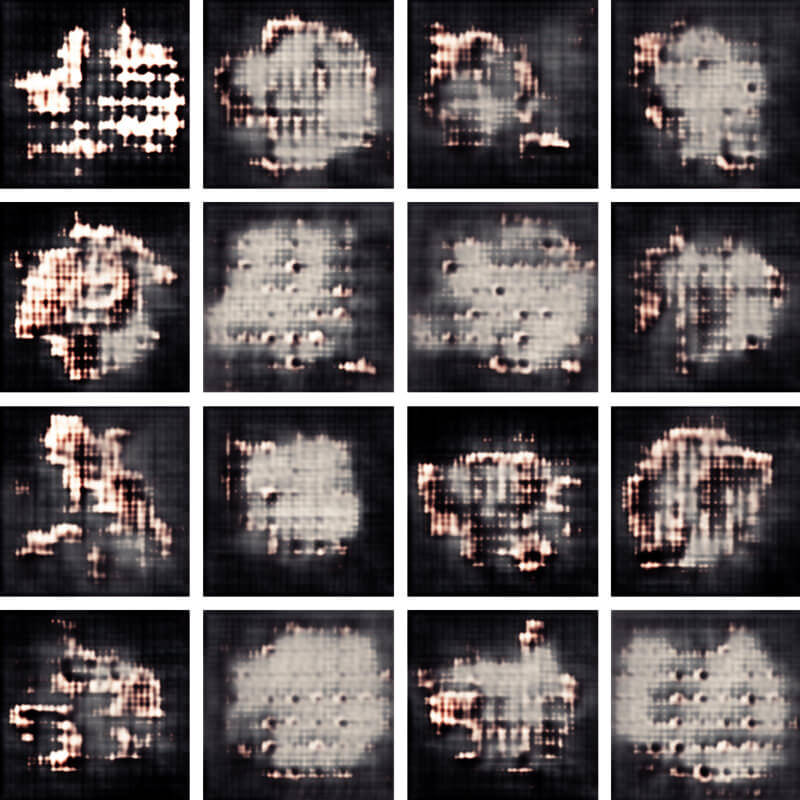 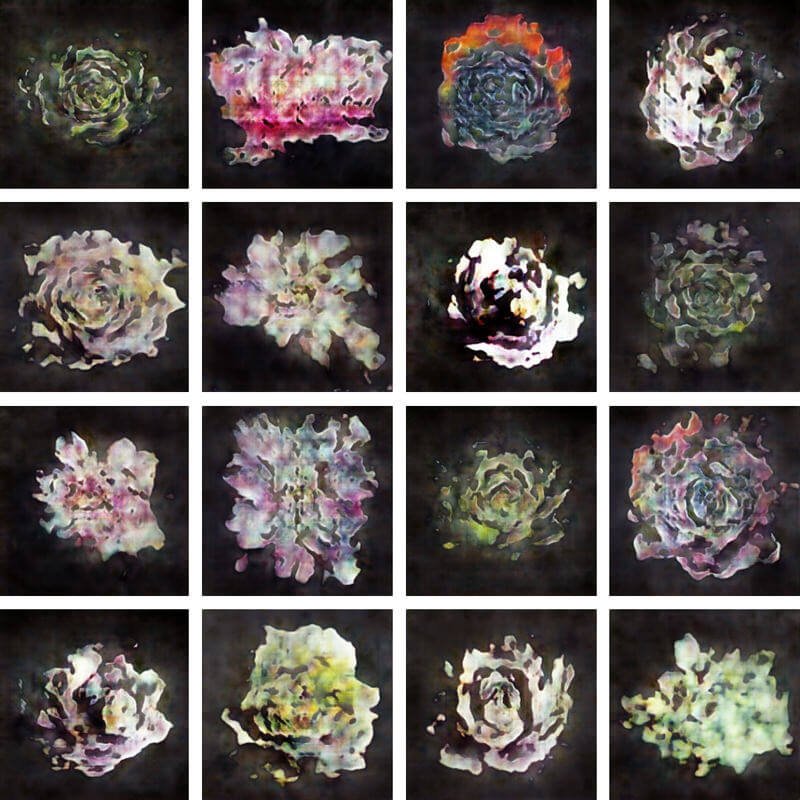 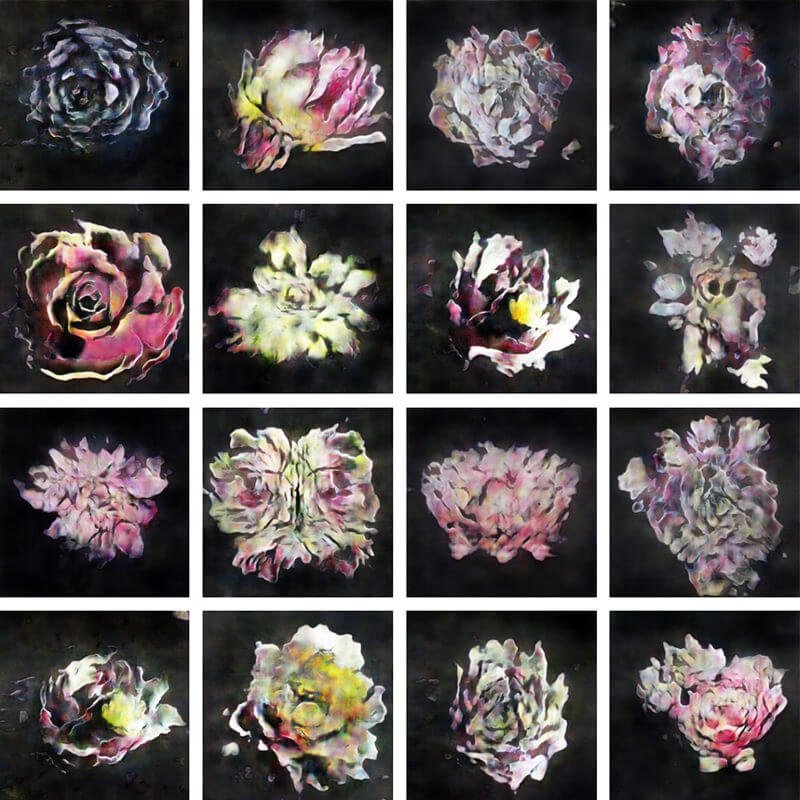