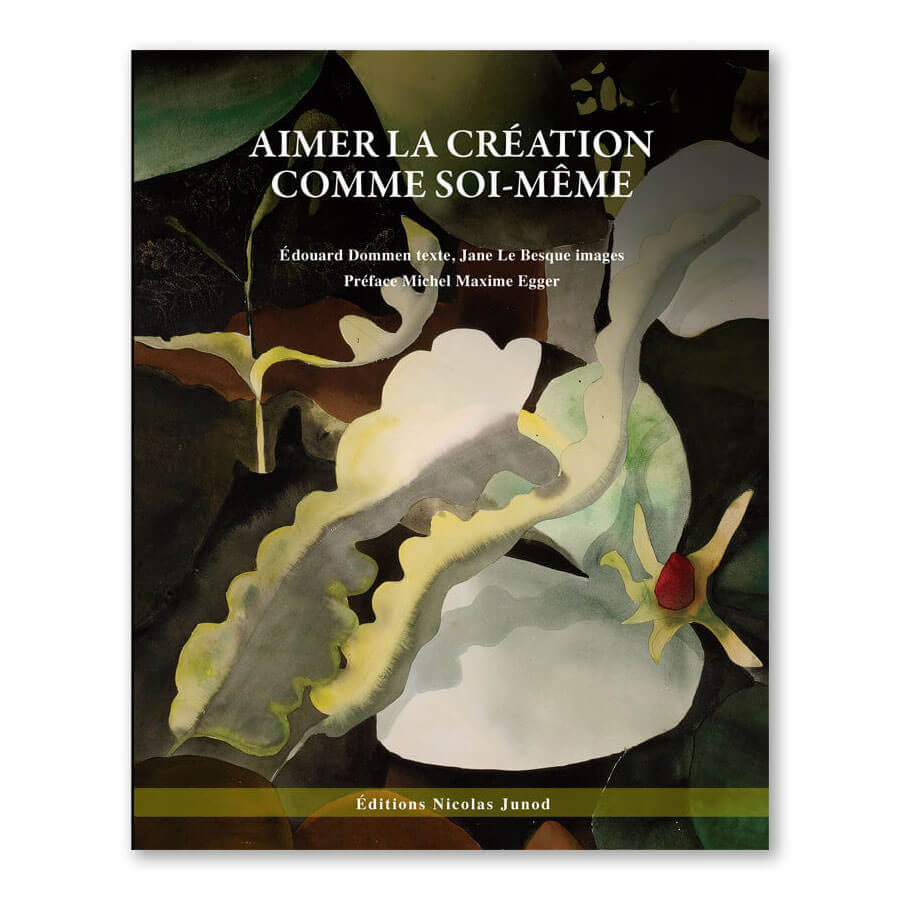 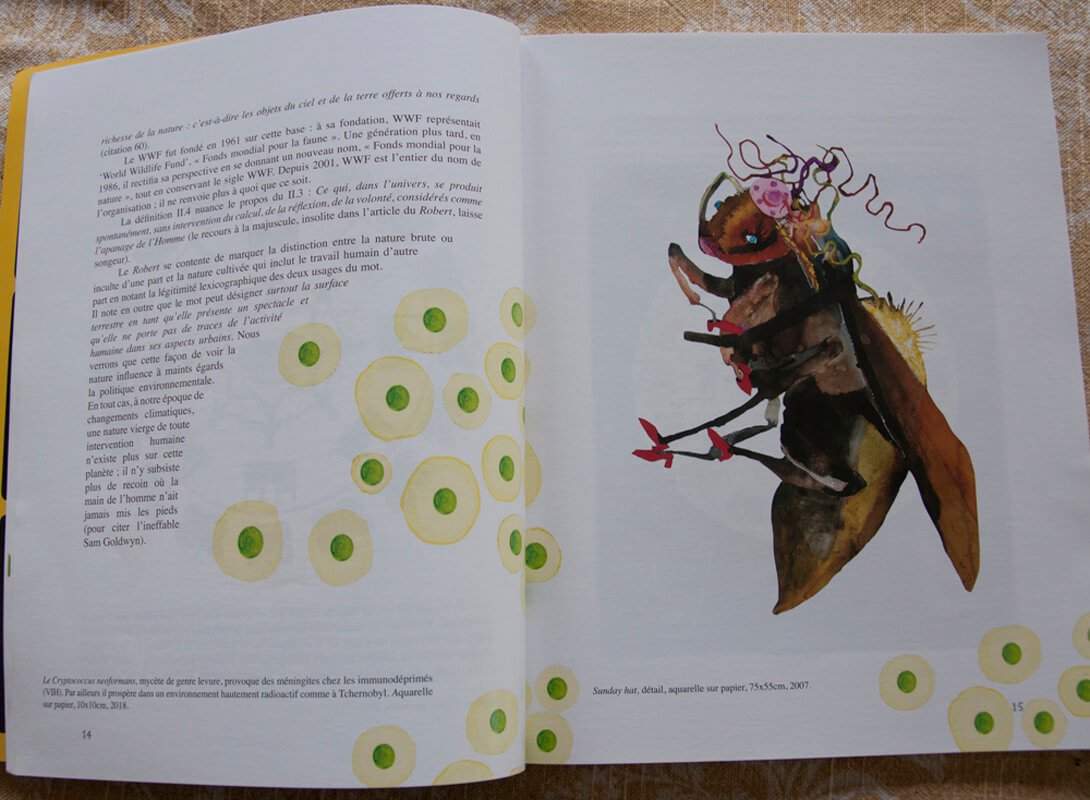 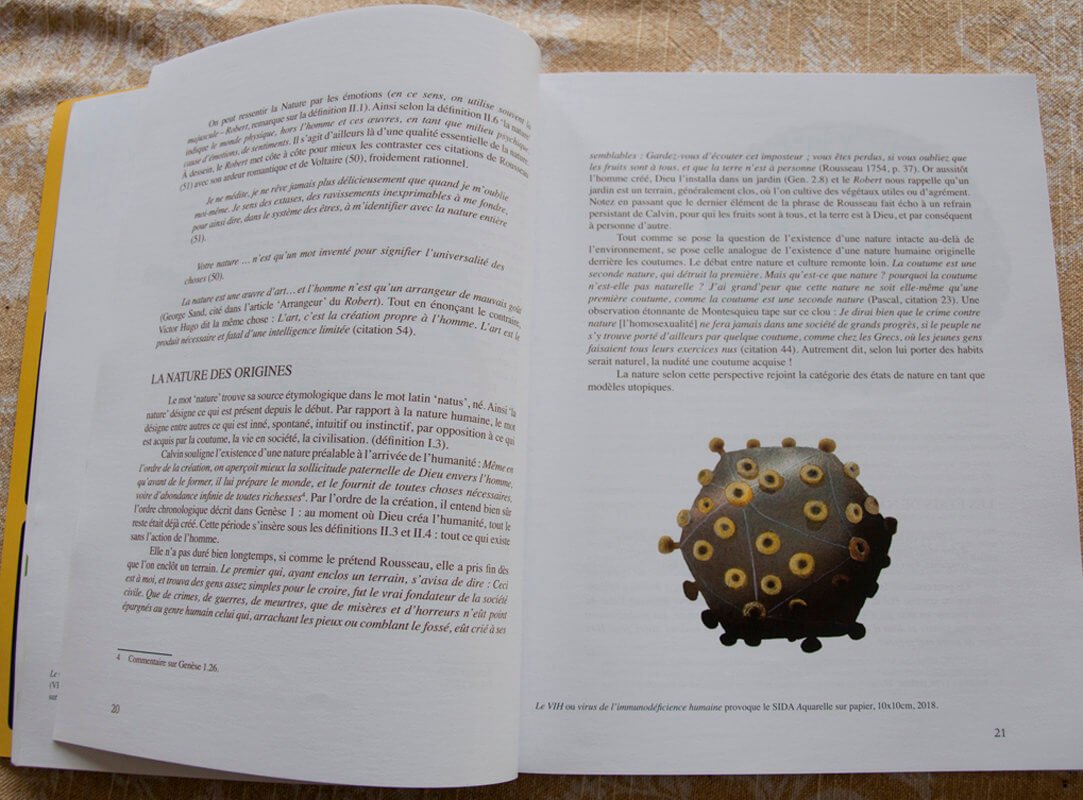 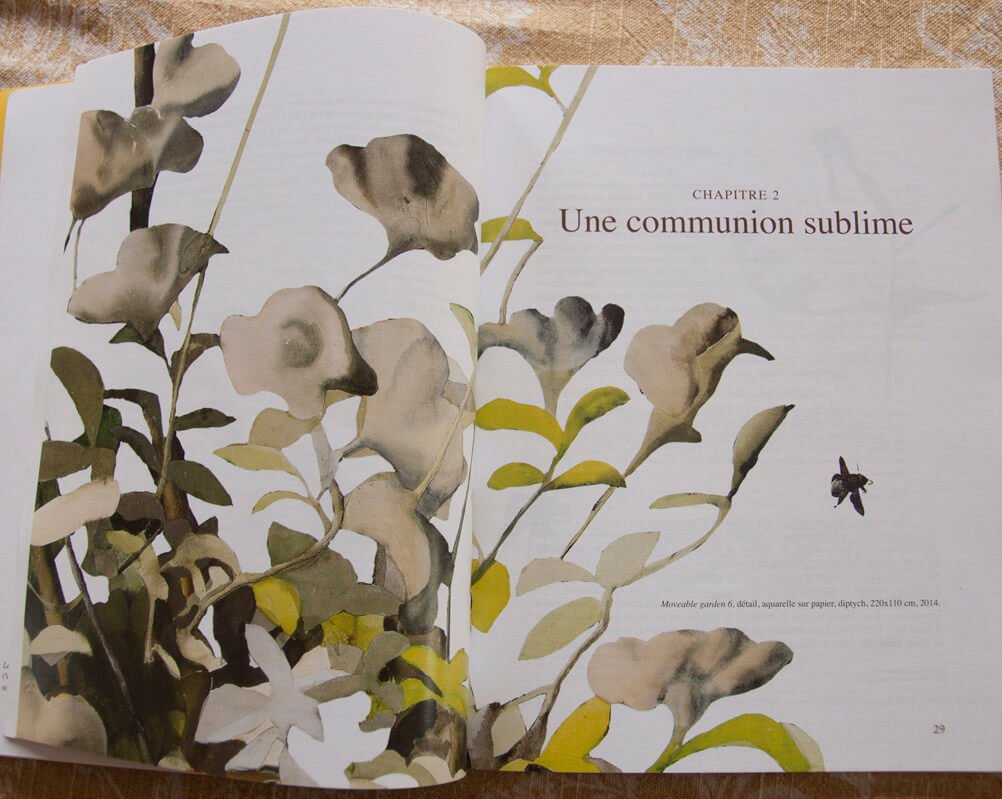 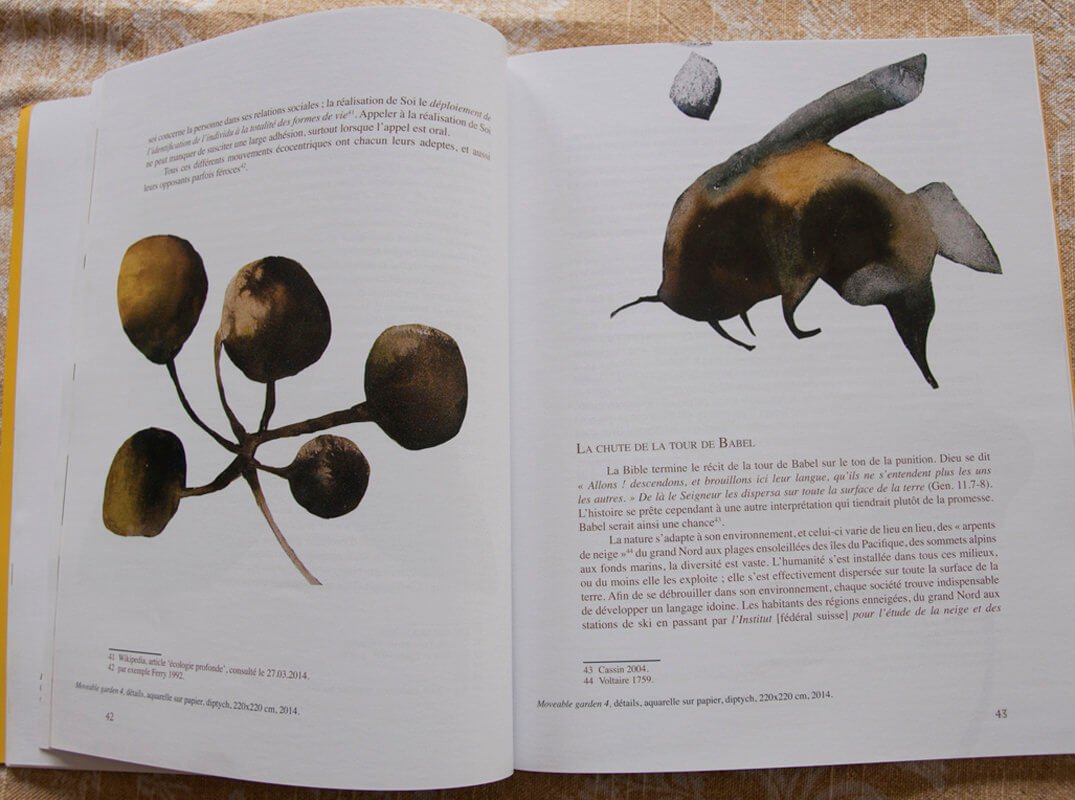 PREFACE
The way we (badly) treat nature is linked to the way we represent it. Affirming this link means going beyond the symptoms of the ecological crisis. To go down to its roots, which are psychological, cultural, spiritual. Without a transformation of our ways of seeing and believing, of knowing and being, i.e. without working on our inner land, we will not be able to respond in depth to the suffering of the Earth.

It is to this passage, source of a new consciousness – deep, joyful and animated by the Spirit – that ethicist Edouard Dommen and artist Jane Le Besque invite us. The former through the text and a revisitation of key words of ecology, the latter through shimmering shapes and colours that reenchant Creation, celebrating it in its symbolic richness and constant novelty. Two complementary approaches which bring into resonance and dialogue two fundamental modes of knowledge: opening the ears to give to understand, opening the eyes to offer to contemplate. On the one hand, listening to the Word and the voices of the Earth, the culturally diverse reading of the great book of the cosmos and the plural interpretation of the writings that speak of it. On the other hand, the vision of Creation as a mirror of the infinite creativity and diversity of the living, a mystery inhabited by a Presence, the visible manifestation of the invisible Creator, of his beauty, goodness and generosity.

One of the strengths of the work is precisely this alliance of text and image, which mobilises reason and emotions, analysis and intuition, intellect and senses. Dimensions of being that have been separated in Western culture in favour of logical rationality as the dominant, one-dimensional mode of knowledge. The primacy of the right brain is at the heart of the paradigm – dualistic, materialistic, desacralized, anthropocentric and patriarchal – at the origin of the reduction of nature to a setting, a stock of resources and a commodity.

The re-harmonisation of our relationship with nature, on the other hand, invites us to (re)find the keys to an integral knowledge which – by connecting them to the heart and intelligence of the living – unites the sensory, emotional, rational and spiritual intelligences, revalues the feminine aspect of being, stimulates the creative imagination, reactivates the faculties of wonder and contemplation.

In the symbolic account of Genesis, God calls the human being to “name” the creatures of heaven, earth and sea (Gen 2:20). The authors take this vocation seriously, not in a spirit of “possession or supremacy” as the biblical text has unfortunately often been interpreted, but to give meaning and value. Naming – through writing or painting – is to enlighten, to make distinctions and to create connections. It is also, spiritually, to reveal the essence of a creature, as a gift from God and the Earth.

Edouard Dommen explores the concept of “nature” and its various declinations, building bridges between ecology, science, theology, wisdom traditions and – originality where the signature of the former UN official is recognised – various international and legal instruments. This is necessary work, as the word “nature” is as vague and “abundant as the object it refers to”. In the contemporary ecological debate, nature designates for some people what exists independently of us; for others, it would be so marked by the human footprint that it would lose all reality of its own.

Holistic and concerned with honouring the complexity of reality and the interrelationships between nature and culture, the path proposed by the work allows us to go beyond these poles. One element emerges, essential for founding an ecological ethic of “living well”: the need to move away from an anthropocentric posture – to which a certain reading of Genesis is not alien – which considers the human being as outside and above nature. “Human” comes from the Latin humus which means the earth. Our link to nature is intrinsic to our being – only our ego, in its desire to control or protect itself from the outside world, separates us from it. Not only are we part of the great cosmic whole, but this whole with all its kingdoms – mineral, vegetable, animal – is part of our being. In other words, what we do to the Earth, we do to ourselves, and vice versa. This law of inter(re)dependence calls for humility and responsibility.

However, co-participation in the web of life and kinship between human beings and other creatures does not exclude otherness. On the contrary – and the book succeeds in doing so – it is necessary to distinguish without separating and to unite without confusing. A lively and reciprocal, dialogical and non-instrumental relationship with others – human and non-human – is only possible with respect for the uniqueness, otherness, dignity and right to fulfilment of each creature. The fullness of such a relationship is called love.

To “love creation as oneself” is – to quote Pope Francis Laudato’s encyclical – to participate in the “project of God’s love” in which every creature is a free gift, has an intrinsic “value and meaning”, regardless of its usefulness for the human being. The ecological extension of the biblical commandment invites us to love our “neighbour” – human and non-human – as part of our own life and being, without depriving him of his otherness or confusing him with us. The place where this integration is accomplished is the very place from which Jane Le Besque’s pictorial gesture springs: the heart, the deep seat of the unity of being, the intimate space of the experience of the Spirit.